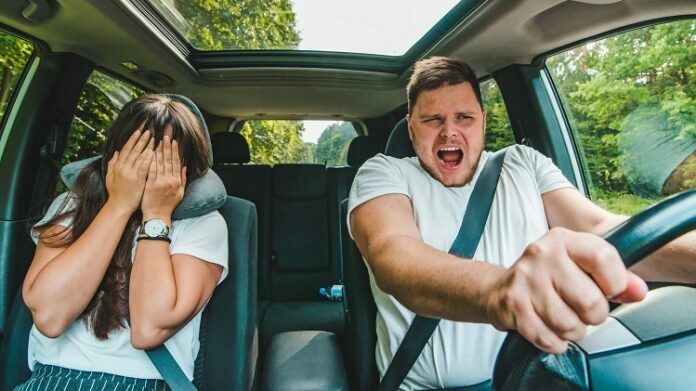 Do you find that you are constantly having to lay on your horn during your daily commute? Are you shaving years off your lifespan each time you get behind the wheel, all because other drivers on the road pull crazy stunts that put you at risk? Following are the signs that you are dealing with a bad driver on the road, helping you take the necessary steps to avoid a potential crash.

Rusting body damage. Unfortunately, even some of the best drivers get into little fender benders once in a while, but usually it’s not their fault. These good drivers have the damage done to their car’s body repaired as soon as possible. So if a car has rust around body damage it means the driver has neglected to take care of his car for a long time and likely gets into a lot of at-fault accidents, which are hallmark signs of a bad driver.

Broken side mirrors. Have you ever accidentally tapped something with your side mirror? It’s a pretty difficult feat considering it’s a mirror that shows you that you are headed toward an object like a building or pole. Bad drivers often have one or both side mirrors literally snapped off the car. Considering how essential they are to the operation of a vehicle, a good driver would have a side mirror repaired as fast as possible.

Applying makeup/shaving and driving. It’s a sign that someone majorly lacks a sense of responsibility in life when they do not give themselves enough time to put on their makeup or shave before they get into their car to go to work in the morning. There is just no possible way you can pay complete attention to what’s going on around you when you are doing either of these activities, both of which should only take you a few extra moments to do at home.

Blinker left on. We’ve all seen the car that drivers for blocks and blocks with its right blinker flashing, only to suddenly turn left in front of oncoming traffic and almost cause a wreck. Not only is there a flashing light inside your car when the blinker is on, but there is a noise to alert the driver. If a driver does not or cannot notice these things, then that driver should not be on the road. Period.

Inability to merge. Why does merging seem like a huge mystery to some people? Getting onto a freeway is pretty straightforward, at least for good drivers. Going 40 mph on the onramp and expecting everyone on the freeway to accommodate your turtle-like pace is ridiculous, rude and completely unreasonable. Good drivers mash the accelerator and get up to speed since they realize that they need to be traveling at the same rate as everyone who is already on the freeway.

Stickers placed over the third brake light. Some people like to show some of their personality or display the things they like by applying some stickers to their back window. There is a variety of opinions about this practice, but nobody can deny that anyone who places a sticker of any size over their third brake light in their back window is a bad driver. A good driver would realize that the third brake light is essential for alerting other drivers that they are slowing down, instead of making it real estate to show off their support for Apple or whatever political organization.

Left leg hanging out of the window. You can laugh right now, but if you drive in a big city long enough and pay attention eventually you’ll see this ridiculous practice. It’s pretty stupid for a passenger to hang his legs out of the window, considering it could lead to the leg becoming severed by a semi-truck or other large vehicle. But the driver should keep both feet inside the car so he can operate the pedals and keep his balance. Do I seriously need to explain this one any further?

Texting and driving. Let’s just be blunt about this one: texting while driving is incredibly stupid and dangerous. People have died or killed others because they’re too busy typing out a message behind the wheel. Just keep your phone in your pocket while you’re driving. Too many people who text and drive swerve around on the road like they’re drunk, but they’re too busy LOL-ing to notice. If you really need to text someone back and forth, pull off the road and do it there.

A Review of the Mahindra Scorpio: The Poor Man’s SUV!

The 5 Most In Demand Muscle Cars At The Moment

Deciding Whether to Go Home for Winter Break or Stay at...