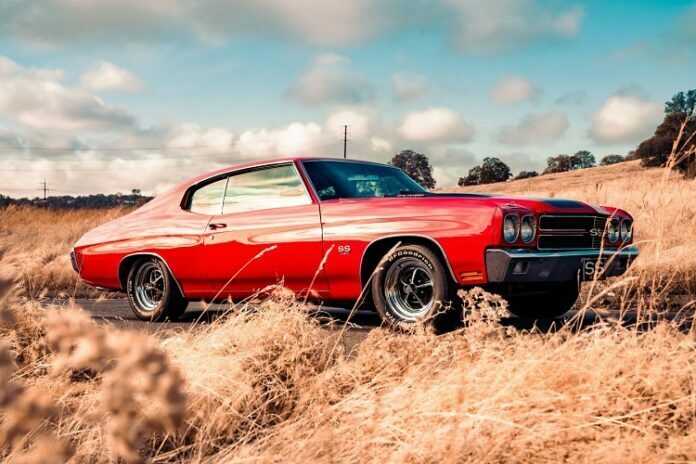 Demand for muscle cars has always been strong, and it’s no surprise, considering their high market value, which is one of the main reasons people restore classic cars, along with the fact that they are great show off vehicles. Muscle cars are attractive because of their beautiful designs and powerful engines, but a lot of people collect muscle cars for sentimental reasons, as well. Whatever the reason, classic cars are always in demand, and people are willing to pay as much as $50,000 – $60,000 for a car that was made 4 or 5 decades ago. The most sought-after muscle cars, that were mainly made in the late 60s and the early 70s, are demanded because they are pretty rare and because they have high market values.

The 1974 Firebird is pretty popular mainly because of the Ram Air IV engine, which is one of the best and most powerful engines made by Pontiac. It delivers 290 horsepower and 390 lb-ft of torque. It has a 4-speed manual transmission, and it’s fitted with 15-inch Rally II steel wheels. When it comes to restoration parts, they can be quite expensive, and rebuilding an engine can cost you more than $9,000. You can find a fully restored 1974 Firebird for about $70,000.

This 1970 Chevelle features a L-72 454 cid V-8 engine, providing 470 horsepower and it can reach 60 mph in about 6 seconds. This power output is out of reach for some of today’s most powerful cars. This is also one very expensive muscle car, that can be bought for around $75,000.

The 1969 is definitely one of the most expensive muscle cars today. It can be bought for $400,000, and the reason the price is so high is that it won a couple of legendary races, such as the 1970 Talladega, when Buddy Baker was the first to break the 200 mph mark driving a 1969 Charger Daytona. It’s also popular because it was featured in the TV series “The Dukes of Hazard”, and the “Fast and the Furious” franchise a couple of years ago. It is available in two versions, with a 426 Hemi and a 440 Magnum engine.

If you are willing to spend $425,000 on a muscle car, then you can buy the 1969 Camaro ZL1. Only 69 units were made, which makes it a pretty exclusive vehicle to own. It’s powered by an aluminum block V8 engine, that was assembled by hand, which is why the ZL1 is such a sought-after and expensive car.

A Review of the Mahindra Scorpio: The Poor Man’s SUV!

Are Bad Drivers in Your Way?

Deciding Whether to Go Home for Winter Break or Stay at...